According to lawyer Terrence Hussein the late president did not own any of the properties listed as being part of his estate, he admitted however that his client owned vintage cars.

The state-owned Herald on Tuesday published an article that said Mugabe left behind $10m in cash and several properties. The report added that a will had not be found yet. Lawyer Hussein said none of the properties listed were in Mugabe’s name.

The 10 cars are a vintage car collection which frankly had value only to him.

“The Zvimba homestead is communal land and no title exists. It is state land. The Glen Lorne and Mount Pleasant properties [in Harare] are registered in the name of Zanu-PF,” in reference to the ruling party which Mugabe was leader of for the better of close to four decades.

“The 10 cars are a vintage car collection which frankly had value only to him,” Mr Hussein added.

The Herald report quoted Mugabe’s daughter Bona Chikowore as having written to the Master of the High Court in October, listing her father’s estate as including $10m (£7.7m) in a local bank, 10 cars, four houses in the capital, Harare, his rural homestead, an orchard and a farm.

Mugabe, a liberation war veteran was president of Zimbabwe for 37 years until 2017 when he was ousted by the military. He died in a Singapore hospital in September at the age of 95. 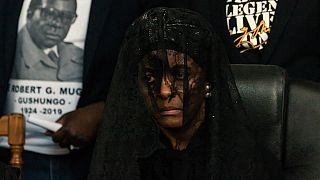