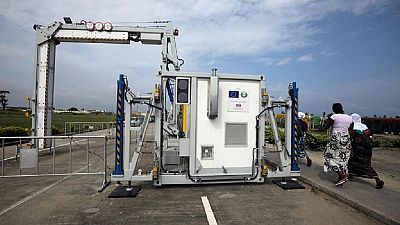 Nigerian president Muhammadu Buhari has clarified that there was no fixed date to reopen the country’s closed land borders.

A tweet from the government’s official handle quoted the president as saying there was no date for reopening borders that have been shut since August triggering a trade crisis among its neighbours.

The president added that the only condition that would precipitate a reopening will be when the reasons for the closure is resolved.

The President has also commended the actions taken by the President of Niger Republic, Muhammadou Youssoufou, including the dismissal of officials and a ban on use of the country as a dumping ground for Nigeria-bound smuggled goods.

A recent report quoted officials as saying that borders were due to be reopened in early 2020. Nigeria, Africa’s biggest economy, has stressed that the measure was to check the incidence of smuggling in and out of the country.

Weeks back, Nigeria issued orders banning the sale of fuel within a certain radius of its borders. The move received backlash but the government has persisted in enforcing it.

Analysts have expressed grave concerns within the context of Nigeria’s unilateral closure and refusal to budge despite repeated engagements by its neighbours.

They also hold that the situation is a slap in the face of subregional protocols of free trade and movement by ECOWAS and also bad precedent as Africa readies to welcome the continental free trade area, AfCFTA.