Ethiopia Navy to be based in Djibouti, command HQ in Bahir Dar (Report) 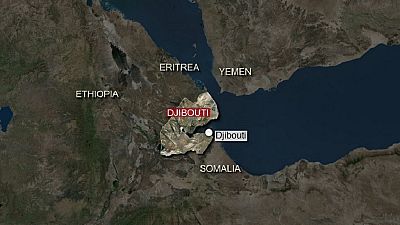 Ethiopia’s naval presence is to be revived soon after its dissolution in 1991, a privately-owned portal, “Capital Ethiopia reported on Monday:https://www.capitalethiopia.com/featured/djibouti-to-host-ethiopias-navy/.

Given that the country has no coast, neighbouring Djibouti will be hosting its operations whiles the headquarters will be based in Bahir Dar, located in the northern Amhara regional state.

Reviving its naval operations was one of the major announcements Prime Minister Abiy Ahmed made during his inaugural speech to the legislature back in April 2018.

In March this year, during a visit to the country, French president Emmanuel Macron stated that his country was helping Ethiopia to reestablish its naval footprints.

“We have just signed a new defence cooperation agreement, which provides the framework for enhanced cooperation and paves the way for specific support for France in setting up the Ethiopian naval component you have requested,” Macron said.

Options that were available to Ethiopia aside Djibouti included Sudan and Eritrea – the latter’s independence is the reason Ethiopia does not have direct access to the sea. “A source following the case, told Capital that the government has decided to locate its initial base at Djibouti,” the report said.

“Sources indicated that during his latest travel to Djibouti on the third week of October the naval base issue was discussed by Abiy with Ismail Omar Guelleh, President of Djibouti,” it added.