24 killed in a landslide in Kenya 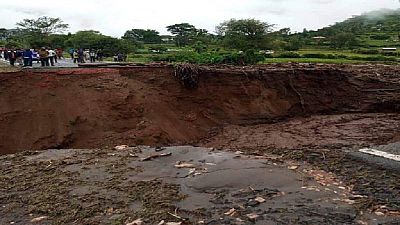 At least 24 people have been reported dead due to a landslide in eastern Kenya. The residents in West pokot were swept way by the landslide following heavy rains Friday evening in the region.

West Pokot County Commissioner Apollo Okello said 12 bodies, including seven children, have been recovered so far and that search efforts are continuing, reports The Daily Nation

Rescue operations have been halted because most bridges have been swept and it is still raining heavily according to West Pokot County Commissioner Apollo Okello. Adding that, many people could be trapped in in Pokot South and Pokot Central says The standard

Seven people of the same family were buried alive.