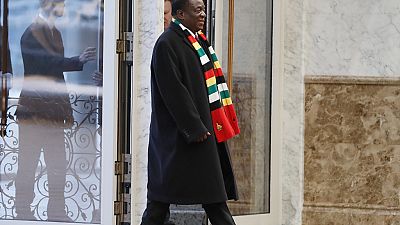 <p><strong>The European Union (EU) on Thursday emphasised the need for national dialogue to resolve what it sees as an increasingly deteriorating democratic space in Zimbabwe.</strong></p> <p>In a joint statement issued after a meeting with Zimbabwean ministers, the EU reiterated its commitment to support political and economic reforms, including the fight against corruption.</p> <blockquote class="twitter-tweet"><p lang="en" dir="ltr">Joint Press Statement on <a href="https://twitter.com/hashtag/EU?src=hash&ref_src=twsrc%5Etfw">#EU</a>-<a href="https://twitter.com/hashtag/Zimbabwe?src=hash&ref_src=twsrc%5Etfw">#Zimbabwe</a> formal political dialogue today. <a href="https://t.co/rQFduw9Txa">pic.twitter.com/rQFduw9Txa</a></p>— EU in Zimbabwe 🇪🇺 (@euinzim) <a href="https://twitter.com/euinzim/status/1197607787838279681?ref_src=twsrc%5Etfw">November 21, 2019</a></blockquote> <script async src="https://platform.twitter.com/widgets.js" charset="utf-8"></script> <p>Earlier, an EU memo prepared for its diplomats ahead of talks in Harare on Thursday said the arrests and abductions of several political activists had “reinforced the impression that the democratic space is being curtained again”.</p> <p>The memo, seen by Reuters, also said the EU was worried by Harare’s slow pace of political reforms, including the alignment of laws to the constitution that was adopted in 2013.</p> <h2 style="font-size:16px;">Zimbabwe – EU relations</h2> <p>The EU withdrew budget support to Zimbabwe in 2002 when it imposed sanctions on the late Robert Mugabe’s government over charges of political violence, human rights abuses, vote rigging and violent seizures of white-owned farms.</p> <p>The talks this week are seen as an important step towards the EU resuming direct financial aid for the economy, which is in the grip of its worst crisis in a decade and worsened by a severe drought.</p> <p>Timo Olkkonen, the EU’s ambassador in Harare, told acting foreign affairs minister July Moyo and his team at the start of the talks that reforms and inclusive political dialogue would also help with Zimbabwe’s economic recovery.</p> <p>“These reforms can pave the way for a further strengthened relationship between Zimbabwe and EU based on shared values, the respect of human rights and the sustainable development goals agenda,” Olkkonen said, flanked by several EU diplomats.</p> <p>Moyo said the talks would deal with all “hard issues” and were supported by President Emmerson Mnangagwa – who last month described EU and U.S. sanctions on Zimbabwe as a “cancer” sapping the economy.</p> <p>With the economy afflicted by dollar shortages, fuel queues, power-cuts, and soaring prices, Mnangagwa has said restoring ties with the West and multilateral lenders like International Monetary Fund is one of his major priorities.</p> <p>But, like Mugabe, he blames sanctions for the country’s economic ills and says they are designed to remove the ruling <span class="caps">ZANU</span>-PF party from power. Critics also say that since Mnangagwa came to power, he has cracked down on opposition parties.</p> <p>This week, Zimbabwean police used batons, tear gas and water cannon to <a href="https://www.africanews.com/2019/11/20/zimbabwe-police-tear-gas-batter-opposition-protesters/"target="_blank">beat up</a> and disperse supporters of the main opposition party trying to listen to a speech by their leader.</p> <h2 style="font-size:16px;">EU notes progress</h2> <p>In its memo, the EU noted Zimbabwe had made progress by deciding not to enforce its empowerment law, which would have required all foreign investors to cede at least 51% of their shares in local operations to Zimbabweans.</p> <p>The memo also said the interim compensation of white farmers whose land was seized by the government was a positive gesture towards re-opening export markets in the European Union.</p> <p>In a budget statement last week, Finance Minister Mthuli Ncube set aside $24 million to compensate white farmers, 768 of whom had consented to the interim compensation scheme.</p> <p><strong><em><span class="caps">REUTERS</span></em></strong></p>