Ethiopia to charge 68 over June 22 foiled coup, arrests made in varsity chaos 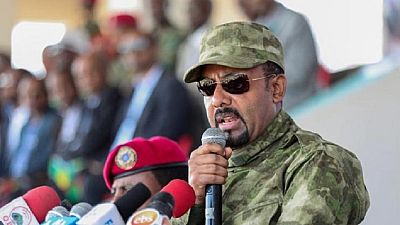 Clashes in the Amhara region began Saturday and in the Oromia region Monday and some students have been evacuated.

Education ministry official Samuel Kifle said Wednesday some people behind the unrest had fake student IDs and arrests were underway.

Also Wednesday, the attorney general said 68 people who took part in a June attack that killed then Ethiopian army chief Seare Mekonnen and top leadership of Amhara regional state will be charged this week.

He added that of the 68, 55 were from Bahir Dar – where the main attack was carried out – and 13 were from Addis Ababa, where the army chief and a retired general working to thwart the incidents in Bahir Dar were also killed.

Authorities said the planning for the attacks were orchestrated in various parts of the country and had involved 110 people trained over seven weeks starting in April 2019.

The Addis Standard said in a report: The training included “training in sabotage, psychological warfare, spying, intelligence gathering, as well as military and urban organization,” among others, and were provided in various places including the capital Addis Abeba, Assosa, Hawassa, Afar region and various places in Amhara regional state.

The training also involved former members of defense forces who were have either resigned or were reduced from the army.