Rwandan politician banned from polls quits her party, founds another 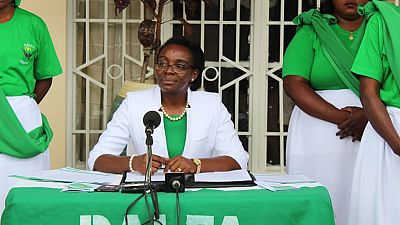 A Rwandan opposition leader says she has quit as chief of the political party she founded and is launching a new one.

Victoire Ingabire says she is leaving the FDU-Inkingi party weeks after police interrogated her over a possible connection to an attack in a popular tourist area near Congo that killed at least 14 people. Police killed 19 assailants.

FDU-Inkingi is part of P5 grouping of political organizations that Rwanda’s government calls a terrorist organization. Earlier this year a United Nations experts report indicated that P5 has a rebel group operating in Congo.

Ingabire has been barred from contesting elections but says she hopes her new Development And Liberty For All party will be allowed to register.