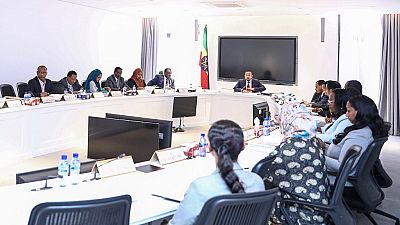 Ethiopia’s Council of Ministers over the weekend approved a bill drafted by the Attorney General to combat fake news and hate speech, the state-run Fana broadcasting corporate reports.

The bill’s official name is the Computer Crime proclamation. Despite approval by the council, the bill will be sent to parliament, the House of Peoples’ Representatives (HoPR) for final approval.

“It is deemed necessary to enact the law because the nation cannot address problems arising from hate speeches and fake news with existing laws,” a statement issued from the council of ministers said.

Social media has been identified as one of the main avenues through which users have incited ethically tinged violence leading to deaths and displacements.

The country is currently listed among global leaders in the area of internally displaced people. Ethiopia, as Africa’s second most populous nation, had a restrictive media space prior to April 2018 and the coming into office of Prime Minister Abiy Ahmed.

Sticking by his reform promise, Abiy released hundreds of political prisoners, jailed press men and opened up the media landscape. Under his watch, media outlets previously banned were allowed to return and operate in the country.

Social media has however been a blessing and headache for Abiy. His office has effectively used Twitter and Facebook to project work being done by government.

But social media has also been blamed for the rise in the spread of fake news and the peddling of hate speech.

With scant details on the said bill, it is expected to receive some backlash from journalists and human rights activists especially.

The Council of Ministers approved four other bills aside the Computer Crime Proclamation, a key one being an agreement signed with Djibouti to build a pipeline to transport Ethiopian gas to an export terminal in the Red Sea state.

The Computer Crime Proclamation of 2016 complements other proclamations that limit internet freedom. It criminalizes genuine speech and defamation and gives intelligence and law enforcement agencies power to conduct surveillance and searches.

As the oﬄine civic space shrunk in Ethiopia, those with access to the internet moved the discourse to the digital sphere to express their opinions.

Forcing these platforms to police speech in compliance with the government litmus test for what is acceptable speech will continue to be detrimental to internet freedom in the country.