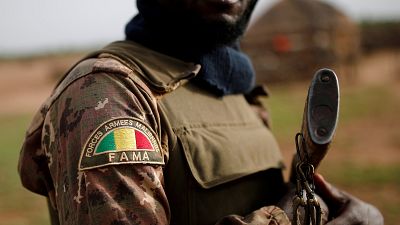 The Malian army has announced that it will withdraw from its isolated positions exposed to jihadist attacks near the border with Niger and Burkina Faso and regroup in stronger places after two very deadly attacks.

This decision has already been implemented at three posts (Anderaboukane and Indelimane, withdrawn to Ménaka, and Labbezanga, to Ansongo) and others will follow, the army said on its website during the night from Saturday to Sunday.

Indelimane, in the east of the country, suffered an attack on 1 November that claimed the lives of 49 soldiers according to the authorities. A month earlier, at least 40 men were killed in a double assault on military positions in Boulkessy and Mondoro, near the Burkina border. These are the heaviest losses suffered by the Malian army in several years.

In an effort to reconsider our operational posture on the ground, the isolated units will be grouped into support points and centres of resistance.

The deteriorating security situation in the country and the harshness of the setbacks have heightened questions about the Malian army’s ability to deal with the jihadist and other violence that Mali has been facing since 2012, which has left thousands of civilians dead.

The circumstances of the attacks on Indelimane and Boulkessy were never made public. But officially unconfirmed reports suggesting the army’s inability to prepare for these offensives and the inability to dispatch reinforcements quickly to the scene had raised questions about tactics.

“In an effort to reconsider our operational posture on the ground, the isolated units will be grouped into support points and centres of resistance,” the army said on their website.

“This decision is part of a new concept of operation to better adapt the strategy to the threat of terrorists and other drug traffickers,” he said.

Initial reports of this decline have begun to circulate on social networks in recent days, raising concerns about the protection of civilians and borders.

“There is no question of abandoning the people,” the army assured.