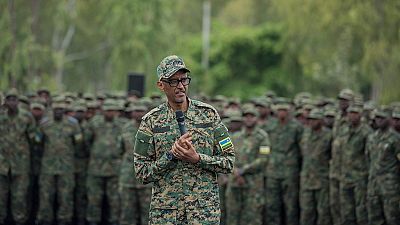 Rwanda’s president Paul Kagame on Monday announced changes to the cabinet and army, including the appointment of a new foreign affairs minister.

The central African country’s new top diplomat, veteran politician Vincent Biruta, will replace Richard Sezibera who has not been seen in public for months.

Sezibera’s absence from public view has fuelled speculation that he could have fallen ill. He was appointed foreign minister in October last year, following Louise Mushikiwabo’s election as secretary-general of the International Organisation of La Francophonie (OIF).

Calls by Reuters on Tuesday to the president’s office and other government officials for comment on the reshuffle were not answered.

Biruta has been serving as Rwanda’s minister for environment since August 2017 but held other roles including head of the senate between 2003 to 2011.

He is also the head of Social Democratic Party (SDP) which is in a coalition with the ruling Rwanda Patriotic Front (RPF) party headed by Kagame.

Other changes in the reshuffle included Patrick Nyamvumba who was appointed minister of internal security. He has been working as chief of defence forces.

Nyamvumba, who was the army chief of staff since 2013, was replaced by General John Bosco Kazura.

Kagame also made changes in the leadership of the reserve forces, special operations and at the Command and Staff college.