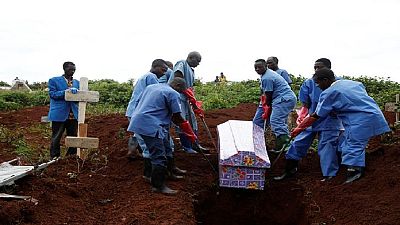 Authorities in eastern Congo say a journalist who was working to spread awareness about the Ebola crisis has been killed.

Papy Mahamba Mumbere, who worked at a radio station in Congo’s Ituri province, also had been serving as a community health worker in the village of Lwemba.

Authorities say that two suspects have been apprehended, and police are investigating the exact motive for the crime.

Health workers have come under attack by distrustful communities since the Ebola outbreak began in August 2018.

Some attacks are believed to be financially motivated, as perpetrators think that Ebola workers are being well compensated.