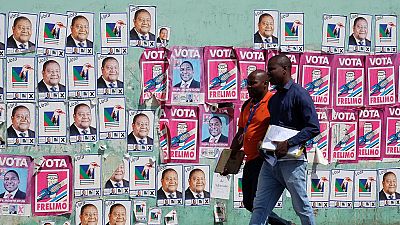 <p><strong>Four candidates will be on the ballot on Tuesday for the presidential election in Mozambique, including outgoing head of state Filipe Nyusi who is a favorite.</strong></p> <h3>Filipe Nyusi</h3> <p>Filipe Jacito Nyusi, 60, succeeded his mentor Armando Guebuza as head of Mozambique in 2014.</p> <p>Until then little known to the general public, he became the first head of state not to be from the south of the country – he was born in the province of Cabo Delgado (north) – and the first to have not participated in the independence struggle.</p> <p>The son of veterans of this liberation war, Filipe Nyusi joined the Frelimo (Mozambique Liberation Front) at a very young age. He studied in Brno, Czech Republic, and Manchester, UK, before making a career with the national railway and port company (<span class="caps">CFM</span>).</p> <p>Driven by President Guebuza, he joined the government in 2008 in the portfolio of Defense, then is invested Frelimo candidate for the presidential election of 2014.</p> <p>Winner with 57% of the votes, Mr. Nyusi then presents himself as “the bee who will make honey for all”, in reference to his surname which means “bee” in his native language.</p> <p>But under his mandate, the country’s economy, which grew at a rate of 7% per annum, slows down sharply, victim of a scandal provoked by a secret lending affair which has fueled a massive corruption operation at the highest summit of the country. Mozambican state.</p> <p>Filipe Nyusi approaches the election in a position of weakness, further destabilized by an Islamist insurgency that has bloodied his home province for two years.</p> <h3>Ossufo Momade</h3> <p>At the age of 58, Ossufo Momade has hardly taken over for a year the succession of the historic leader of the National Resistance of Mozambique (Renamo), Afonso Dhlakama, who died suddenly in his stronghold in the mountains of Gorongosa (center).</p> <p>He entered the army very young and joined Renamo shortly after the beginning of the civil war (1975) until he became one of the main military leaders at the signing of the 1992 peace agreement.</p> <p>His movement officially joined the opposition to the regime and Mr. Momade was elected MP in 1999, a mandate he has retained to this day.</p> <p>Secretary General of the party from 2007 to 2012, he then directs the military department, especially during the resumption of armed hostilities with the regime (2013-2016), until the brutal death of Afonso Dhlakama in May 2018.</p> <p>Bombed then at the head of the ex-rebellion, he follows the footsteps of his predecessor by signing in August with the government a peace agreement supposed to end the conflict.</p> <p>But this agreement, which provides for the disarmament of Renamo’s armed wing, is not to the taste of the whole party. One faction denounces him and denies the authority of Mr. Momade, however, inducted his party candidate Filipe Nyusi.</p> <h3>Daviz Simango</h3> <p>At 55, he is the third man of the vote. The son of a Frelimo leader who was purged by the ruling party, Daviz Simango embarked on politics with Renamo before seceding in 2009 to form the Democratic Movement of Mozambique (<span class="caps">MDM</span>).</p> <p>An engineer by training, he has been the mayor since 2003 of the second city of Beira country, ravaged six months ago by cyclone Idai.</p> <p>Candidate for the first time in the presidential election in 2009, he won nearly 9% of the vote. But he fails to push his influence beyond it and has to settle for just 6% five years later.</p> <p>His party also shrank in last year’s local elections, garnering only 8.5 percent of the vote nationally. Daviz Simango had managed to keep his stronghold of Beira.</p> <h3>Mario Albino</h3> <p>Surprise guest of the presidential election, Mario Albino presents himself in the name of a United Movement for Integral Salvation (<span class="caps">AMUSI</span>), created by former <span class="caps">MDM</span> members dissenting.</p> <p>Originally from Nampula, he went to the town hall last year but received only 4.2% of the vote.</p> 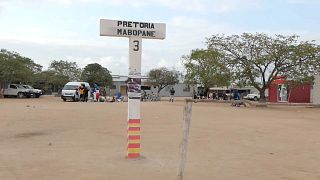