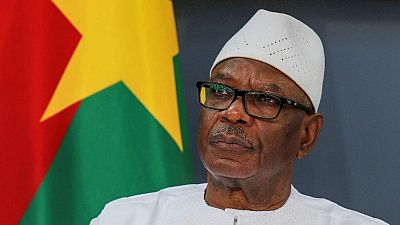 Malian President Ibrahim Boubacar Keïta has strongly condemned a deadly setback inflicted by jihadists on the government army, according to statements released Sunday by his services.

The Malian army suffered its heaviest losses in years at the hands of jihadists in two attacks on Monday and Tuesday in Boulkessy and Mondoro, in the centre of the war-torn country, near the border with Burkina Faso.

Thirty-eight soldiers were killed, according to a government record widely suspected of being under-reported. These attacks and the impotence attributed to the central power to face the continuous deterioration of the situation has rekindled memories of the military coup in 2012.

today, more than ever, our nation needs solidarity, needs to tighten up, does not need radicalization of the military from those attacks

The Malian president assured on Saturday that “all the consequences” would be drawn from the events of the past week.

But, he added, “today, more than ever, our nation needs solidarity, needs to tighten up, does not need radicalization of the military from those attacks “.

In 2012, the inability attributed to the government to defend the country against emerging insurgencies in the North resulted in a military coup. The overthrow of the government had precipitated Mali’s plunge into the ongoing crisis.