DRC: two nuns killed by a fallen antenna in Uvira 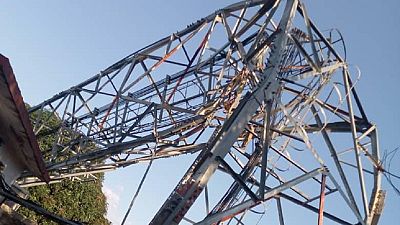 Two religious from Burundi were killed in the collapse of a communication installation pole owned by Orange in Uvira, in the eastern Democratic Republic of Congo, according to a report from the French mobile phone operator on Sunday.

“Five sisters were involved in the accident. Two died on Friday evening. Three others were in a stabilized state,” said Denis Banlier, Orange’s deputy general manager in the DRC.

“The two sisters are Burundian. They will probably be buried in Bujumbura on Wednesday,” Banlier added by telephone from Kinshasa while in Goma on his way to Uvira.

We're going to the scene to assess the situation. We don't have any details on how this happened

“We’re going to the scene to assess the situation. We don’t have any details on how this happened,” added the Orange manager, referring to an ongoing investigation. “One of our service providers was working on the pylon. There was maintenance work.”

The pole fell on the building of the convent of the Poor Clares sisters, according to the Congolese press.

Orange has undertaken to cover the “material and human” damage caused by the collapse of its antenna, the operator said at a press conference on Saturday.

Orange is one of the three main mobile phone operators in the DRC.