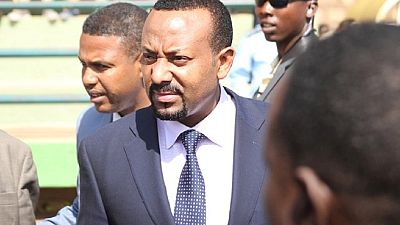 Ethiopia’s government says over 1,000 people have been killed in inter-ethnic clashes over the past 12 months.

With a population of 100 million citizens who come from dozens of ethnic groups with competing claims to land, resources and influence, Ethiopia’s prime minister Abiy Ahmed has struggled to contain ethnic clashes.

The attorney general’s office says violence has claimed the lives of at least 1,200 people and displaced 1.2 million people from their homes.

The governing EPRDF coalition that seized power in 1991 was dominated by the minority Tigrayans, who make up about 6% of the population. The government kept a lid on bubbling tensions for decades by quashing virtually all dissent, including expressions of ethnic nationalism.

Since Abiy embarked on his ambitious reforms, old state border disputes have reignited. Large ethnic groups that dominate in many regions are demanding more territory and resources. At the same time, smaller groups, tired of being sidelined, are pushing back.

Ethic clashes have erupted in Abiy’s Oromia region, Amhara which has border disputes with two of its neighbours, and the Tigray region where some are now hostile to the federal government.

Abiy’s government has been criticised by rights groups for forcing some of the displaced to return to their home areas, without providing the adequate security to keep them safe.

In 2018 close to three million Ethiopians were displaced by conflict, the highest figure recorded worldwide.