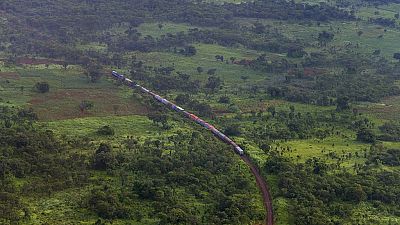 The humanitarian minister in the Democratic Republic of Congo confirmed on Thursday that at least 50 people were killed when a train derailed in the country’s southeastern province of Tanganyika.

Minister Steve Mbikayi said the accident happened around three in the morning local time in the town of Mayibaridi and the death toll was provisional.

“Speaking for the government, I present my condolences to the families affected,” he said on Twitter.

But the governor of Tanganyika, Zoe Kabila, gave a lower estimate: 10 people killed and 30 injured. He said three of the train’s carriages had come off the tracks.

Mbikayi later told Reuters the ministry was aware of the contradictory death tolls and was trying to establish the exact number.

Deadly transport accidents are common in Democratic Republic of Congo due to poor infrastructure and lack of regulation.

The national railway company confirmed an accident had taken place. Hubert Tshiakama, the company’s head of operations, said the untouched front carriages of the train were once again on their way to the town of Kalemie.

“For now, we cannot determine the causes of the accident,” he said.