Ethiopia opens up notorious Maekelawi detention center to the public 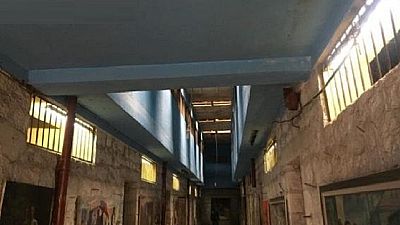 Authorities in Ethiopia have opened the doors of a former notorious detention facility located in the capital Addis Ababa to the public.

The four-day opening up of Maekelawi Police Station is part of the celebration of Ethiopia’s Justice Day which falls on Tuesday Sept.10, 2019.

State affiliated FANA Broadcasting Corporate quoted the Attorney General’s office as saying the public could visit the facility between today and Monday (6 – 9 September).

After years of being at the heart of critical human rights reports and routine denials by the government, the facility was closed down in the post-Abiy Ahmed era. It was closed down in 2018. The place is to be turned into a museum, reports said.

Among the high profile visitors on Day 1 were the Chief Justice, Meaza Ashenafi, and other top security sector officials.

A Human Rights Watch, HRW, report in 2013 detailed the horrors that were undertaken in the place. Several former inmates have also told gory stories of the horrible and dehumanizing treatment meted out to them.

In the heart of Ethiopia’s capital, Addis Ababa, near a hotel and an Orthodox Christian
cathedral, lies one of the country’s most notorious police stations, the Federal Police Crime Investigation Sector, commonly known as Maekelawi.

Many of Ethiopia’s political prisoners—opposition politicians, journalists, protest organizers, alleged supporters of ethnic insurgencies , and many others—are first taken to Maekelawi (“central” in Amharic), after being arrested.

There they are interrogated, and, for many, at Maekelawi they suffer all manner of abuses, including torture.

Police investigators at Maekelawi use coercive methods on detainees amounting to torture or other ill-treatment to extract confessions, statements, and other information from detainees. Detainees are often denied access to lawyers and family members.

Depending on their compliance with the demands of investigators, detainees are punished or rewarded with denial or access to water, food, light, and other basic needs.