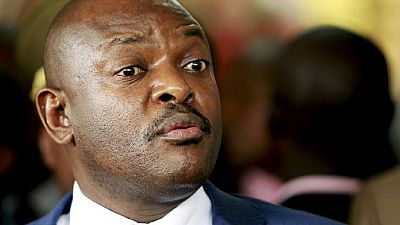 <p><strong>The United Nations says all factors indicate that Burundi’s elections in 2020 will be problematic because of an unresolved political crisis and a president who is increasingly portrayed as a “divine” ruler.</strong></p> <p>The report by the U.N. Commission of Inquiry on Burundi said there was a climate of fear and intimidation against anyone who did not show support for the ruling <span class="caps">CNDD</span>-<span class="caps">FDD</span> party.</p> <p>Police, security forces and the ruling party’s youth league, the Imbonerakure, had continued to commit serious human rights violations, including killings, disappearances, torture and gang rape of people allegedly opposed to President Pierre Nkurunziza.</p> <p>Using a U.N. risk analysis for potential atrocity crimes, the U.N. investigators said all eight common risk factors were present in Burundi.</p> <p>“There is no better early warning than this,” the U.N. panel’s chairman Doudou Diene said in a statement.</p> <p>“The 2020 elections pose a major risk,” the report said.</p> <a style="font-size:16px; font-color:yellow;" href="https://www.africanews.com/2018/06/07/burundi-pierre-nkurunziza-says-he-will-not-run-for-president-in-2020/"target="_blank"><span class="caps">READ</span> <span class="caps">MORE</span>: Pierre Nkurunziza says he will not run for president in 2020</a> <h2 style="font-size:16px;">What could trigger chaos?</h2> <p>The report said government was increasing control over non-governmental organisations and there was no real multiparty system, since most parties had been “infiltrated and divided”.</p> <p>It said freedom of the press had become a fiction, while Nkurunziza had exceeded his powers, making appointments that are not within his constitutional authority and relying on shadowy informal structures such as Burundi’s committee of generals.</p> <p>There was also a “slide into religiosity” apparent in some of his decisions and the return of the royal motto “God, King, Country” to public monuments was fuelling speculation about a possible restoration of the monarchy for his benefit.</p> <p>“The theme of the divine origin of the President’s power is increasingly common in official speeches delivered by the President and his wife,” the report said.</p> <h2 style="font-size:16px;">Burundi’s ‘true history’</h2> <p>A former guerrilla leader whose <span class="caps">CNDD</span>-<span class="caps">FDD</span> drawn mainly from the ethnic Hutu majority was the main rebel movement in a civil war in which 300,000 people died, Nkurunziza came to power in 2005 after a peace agreement. Last year he won a referendum that could allow him to stay in office until 2034.</p> <p>Nkurunziza has lectured on the “true” history of Burundi, a former Belgian colony with a similar ethnic mix to neighbouring Rwanda, which suffered a genocide in 1994 when a majority Hutu government launched mass killings of minority Tutsis.</p> <p>The U.N. report said imposing a biased official version of the country’s history could sharpen past grievances, with troubling consequences.</p> <p>“A number of armed rebel groups in neighbouring countries have stated that they might resort to force to resolve the situation in Burundi. They could be encouraged to do so by the unlikelihood of a resolution to the crisis,” it said.</p> <p>Burundi’s government, which has refused to cooperate with or recognise the U.N. investigation, had no immediate comment in response to a Reuters request.</p> <p><strong><em><span class="caps">REUTERS</span></em></strong></p>

The 2020 elections pose a major risk.