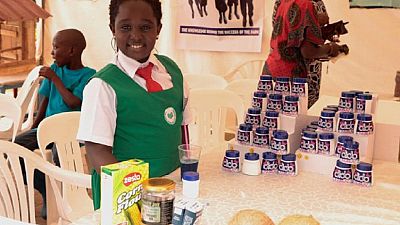 My mum used to apply deodorants and once I saw her apply, I asked her if I could I also use them but she said they were not for children. So for the expo, I thought I needed to make something child appropriate,” said Malaika Ssali.

Nine year Malaika went ahead to create a child friendly deodorants for her smelly schoolmates who inspired her after she noticed how they were being discriminated by others. According to the report by the Daily Monitor the pupil was stirred into the business after she witnessed the ill treatment against children who had bad body odour.

Her mother was won over by her tenaciousness and showed her a video on how to make deodorants.Ssali who made the deodorants for the Entrepreneurship expo at Aga Khan Primary School hopes to continue making them at an even larger scale with time for everyone seeing as she is already earning her money. Naming the company “Dido Deodorants” with 49 tins so far produced, each costing at 1.35 USD (Shs5,000) the youngstar hopes to build an empire.