U.S. to keep up pressure on Sudan as it discusses lifting sanctions - official 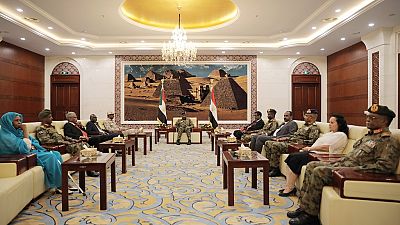 The United States will test the commitment of Sudan’s new transitional government to human rights, freedom of speech and humanitarian access before it agrees to remove the country from a state sponsor of terrorism list, a senior U.S. official said on Monday.

The State Department official, speaking to reporters on background, said while Sudan’s new Prime Minister Abdalla Hamdok would be the main point of contact, U.S. diplomats would also have to interact with General Mohamed Hamdan Dagalo, commonly known as Hemedti, the outgoing deputy chief of the military council who heads a widely feared paramilitary group.

“Prime Minister Hamdok has said all the right things so we look forward to engaging with him,” the State Department official said. “This new government has shown a commitment so far. We are going to keep testing that commitment,” the official added.

It is an obstacle right now. It will take a little bit of time to work through but we are committed to doing that. We want to have a positive dialogue with this new civilian government.

Hamdok, an economist, was sworn in last week as leader of a transition government, vowing to stabilize the country and solve its economic crisis.

The official said the new government had emphasized in recent talks with U.S. officials that it wanted the country removed from the terrorism sponsor list, which limits Sudan’s access to international financing, including from lenders such as International Monetary Fund and World Bank.

Hamdok, who has worked for the United Nations Economic Commission for Africa, told Reuters on Sunday he was seeking up to $10 billion in foreign funding over the next two years to cover Sudan’s import bill and help it rebuild.

“It is an obstacle right now,” the official acknowledged referring to U.S. sanctions, adding: “It will take a little bit of time to work through but we are committed to doing that. We want to have a positive dialogue with this new civilian government.”

Sudan was designated a state sponsor of terrorism in 1993 under former U.S. President Bill Clinton, cutting it off from financial markets and strangling its economy.

Washington lifted a 20-year trade embargo against Sudan in 2017 and was in the process of discussions on removing it from the U.S. list when the military stepped in on April 11 to depose veteran autocrat Omar al-Bashir, who ruled Sudan for 30 years.

The Trump administration suspended talks on normalizing relations with Sudan and demanded that the military hand power to a civilian government.