The mystery around Gabon President's health 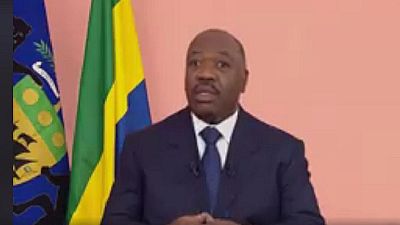 Gabonese are eagerly awaiting to judge for themselves whether their President can still lead the country as President Ali Bongo is expected to make a rare public appearance on Saturday’s military parade after ten months of speculations and mystery over the health of President Ali Bongo.

President Ali Bongo Ondimba, who has been in power since 2009, at 60 has been shrouded in mystery since he was hospitalized in 2018 calling for much speculations about his ability to perform his duties.

On 24 October 2018, Ali Bongo was hospitalized in Riyadh, where he was to participate in an economic forum.

On 28 November, the Gabonese Presidency stated that Mr Bongo had had “a malaise” due to “severe fatigue”, and denounced the “fake-news”.

I'm better, and I'm getting ready to find you very quickly.

The rarity of official communication fuelled concern and rumours, some of which went so far as to announce his death.

On November 7, a foreign source close to Mr. Bongo claims that he “had a stroke”.

On 11 November, the Presidency announced that Mr Bongo was “in the process of recovering the fullness of his physical faculties”.

On the 14th, the Constitutional Court amended the Constitution to address the “temporary unavailability” of the President and authorised the Vice-President “to convene and chair a Council of Ministers”.

On 29 November, Ali Bongo was transferred to Rabat to continue his recovery.

On December 3, images of his meeting with King Mohammed VI were broadcast. The next day, Gabonese channels broadcast another video showing the Head of State receiving, in Morocco, his Prime Minister, his Vice-President and the President of the Gabonese Constitutional Court.

On the 9th, Vice-President Pierre Claver Maganga Moussavou acknowledged that Mr. Bongo had had a stroke.

During his New Year’s greetings, Mr. Bongo expressed himself on December 31 for the first time in a video recorded in Rabat. “I’m better, and I’m getting ready to find you very quickly,” he says.

Soldiers attempt to take over

On 7 January 2019, a dozen Republican Guard soldiers attempted a coup de force by calling on state radio for an uprising to “save the country from chaos”.

The head of the commando was arrested and two of his men were killed by the security forces.

- Quick trips back and forth – On 13 January, a new government and presidential cabinet were announced from Morocco.

Mr. Bongo returned to Libreville two days later for the government’s swearing-in ceremony. An official video shows him sitting in a wheelchair with his eyes fixed.

Less than 24 hours later, he left for Morocco.

On February 25, Mr. Bongo presided over a Council of Ministers in Libreville, where an avalanche of appointments were announced. Videos shot by relatives show him greeting people onlookers from his car. He left 48 hours later for Morocco.

At the end of February, ten political, trade union and civil society figures signed a “Call to Action” to demand recognition of the “power vacuum”.

On March 23, Mr. Bongo arrived in Libreville, where several thousand people had come to welcome him.

On the 29th, he headed the Council of Ministers. A video and official photos show him leaning on a cane, chatting with several of his ministers.

On 8 June, after six months of silence, Ali Bongo announced, in an eight-minute speech recorded and broadcast by national television, that he had asked his Prime Minister to form a new government.

At the beginning of July, the main trade union coalition, Unitary Dynamics (DU), claims, without producing any evidence, that the head of state “is dead”. Four of its officials were arrested ten days later.

The leader of the Gabonese Patriotic Front (FPG, opposition) is detained for two days after accusing several of Ali Bongo’s relatives of “manipulating” the president.

On Thursday, on the eve of a military parade he is due to attend on Independence Day, Mr. Bongo presided over a tribute to Gabon’s first president, Léon Mba, progressing with difficulty leaning on a cane but smiling and giving a few words in private to officials. All this for the first time in 10 months under the watchful eye of international press cameras.