Prisoners go on a hunger strike in Egypt 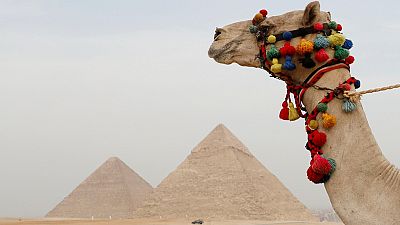 Amnesty International says 130 detainees in a notorious Egyptian prison have been on hunger strike for more than six weeks to protest what it calls “cruel and inhumane detention conditions.”

The international rights group on Wednesday called on authorities to investigate the prisoners’ allegations of torture and other abuses.

Magdalena Mughrabi, Amnesty’s Middle East and North Africa deputy director, says “the combination of squalid and inhumane detention conditions and the denial of family visits and access to their lawyers… has created an unbearable situation for detainees.”

130 detainees in a notorious Egyptian prison have been on hunger strike for more than six weeks according to Amnesty International.

The detainees are being held at a Cairo prison known as the Scorpion, where a number of political figures have been jailed over the course of a sweeping crackdown on dissent in recent years.