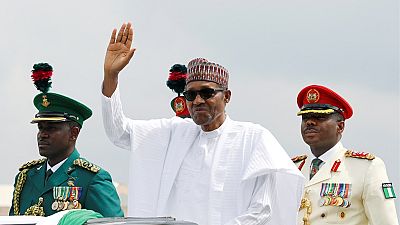 Nigeria is setting up a committee and promising new laws to implement the African Continental Free Trade Agreement (AfCFTA), launched by African leaders on July 7.

[…] the intent and objectives of our continent which are growth, through increased intra-African trade, job creation and improved terms of trade in a rapidly changing global economy.

The presidency said it would set up a committee made up of government agencies and private sector groups to implement the trade agreement.

Nigeria joined AfCFTA despite initial reluctance due to a desire to ensure it would not open local industries to dumping from countries outside the region, and its decision is an important endorsement as the largest economy on the continent.

The presidency said it would set up a committee made up of government agencies and private sector groups to implement the trade agreement.

In preparing Nigeria for the pact, President Muhammadu Buhari needs to approve a number of measures which would facilitate trade and boost local capacity to produce and export goods and services, among other policies, it said.

“Overall, the implementation of the AfCFTA is going to be a long journey,” it said. “Nigeria is committed to ensuring that Africa achieves a free and fair trade environment … through increased intra-African trade.”

The African Development Bank president told Reuters on Saturday that African nations will need to boost output of goods and services and integrate payment systems if they are to take advantage of the initiative.

On the list of the President’s approval are: fast-tracking domestic work, for the implementation of AfCFTA readiness interventions to enhance productivity, competitiveness & facilitate trade which include policies to grow local capacity to produce & export goods and services; …

The AfCFTA agreement, which creates a single market for goods and services and movement of persons to increase intra-African trade and deepen African economic integration, would be implemented in phases.

The first phase will be to establish a protocol for trade in goods and services and dispute settlement rules. The second will cover competition, investment and intellectual property rights, with negotiations due to start next year.

Overall, the implementation of the AfCFTA is going to be a long journey.

The Federal Government of Nigeria is committed to ensuring that Africa achieves a free and fair trade environment governed by rules that are predictable, enforceable, and in line with …