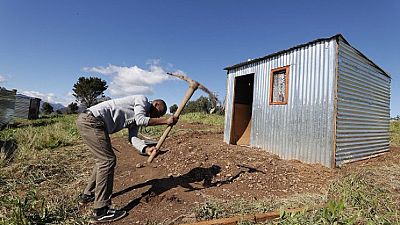 An advisory report on land reform in South Africa has recommended changing the constitution to allow the government to seize land without compensation but only in certain circumstances.

The report by a presidential panel of experts, released on Sunday, poured water on wholesale land seizures without payment – as feared by some farmers, investors and foreign governments.

It recommended that expropriation without compensation be applied under specific circumstances, including abandoned land; land held purely for speculative purposes; land already occupied and used by labour tenants and former labour tenants; and inner city buildings with absentee landlords.

It is important that the Bill must specify much more clearly the meaning of instances that would amount to nil compensation,

Parliament is due to start debates on proposed changes to the land expropriation bill in October.

“It is important that the Bill must specify much more clearly the meaning of instances that would amount to “nil” compensation,” the panel, appointed by President Cyril Ramaphosa, said in the report.

Ramaphosa appointed the panel of agricultural economists and practitioners last year to advise the government after the opposition Economic Freedom Fighters party started to dominate the land reform debate and tabled a constitutional amendment to allow the government to seize land without compensation.

The report will be key to how the final law will look.

“The clarification that we are seeking in the mandate is to be more specific in terms of addressing this (expropriation without compensation), and we have gone further to highlight and assist with wording for when such (expropriation) can occur,” Vuyokazi Mahlati, chairwoman of the panel, told a press briefing where the report was released to the public.

Demand for land reform has intensified as unemployment and poverty in South Africa have worsened.

The report said land seizure without payment is one of several of land acquisition strategies available to the government.

It also recommended the Land Claims Court be reformed to become the main expropriation body, and be given additional powers to adjudicate on all land related matters, including the calculations of the value of land targeted for appropriation and what rights affected land owners were entitled to.

On Thursday a draft motion likely to be pushed through by the ANC in parliament is set to give a new parliamentary committee until March 2020 to report back on the proposed changes to land reform laws.

The panel, however, proposed the tweaking of the expropriation bill be finalised by the end of 2019.