Burkinabes alarmed by deaths of 11 people in police custody 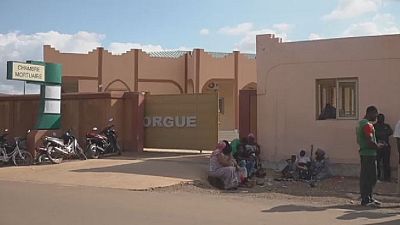 The deaths of 11 people in a Burkina Faso police custody on the night of Sunday to Monday this week have raised tensions in the capital, Ouagadougou.

The west African Nation is one of the main transit points for drugs arriving from the ports of West Africa, from where it moves north towards the Malian and Libyan desert

A relative of one of the victims, Flavien Dima has lots of questions begging for answers.

Until now, no one in the family has seen the body.

Civil society groups have in the past denounced violence by security forces.

“This is a general observation in the security services. The conditions of detention, hygiene and sanitary conditions in police custody rooms are not very good’‘, said Police Union Secretary-General, Armiyaho Zongo.

The public prosecutor, Maiza Sérémé said Forensic doctors were required to carry out the examinations and autopsies necessary to determine the causes of these deaths.

Last June, the authorities burnt 35,300 tonnes of drugs, representing a quarter of all seizures in 2018, according to the permanent secretariat of the National Committee in Combating Drugs.