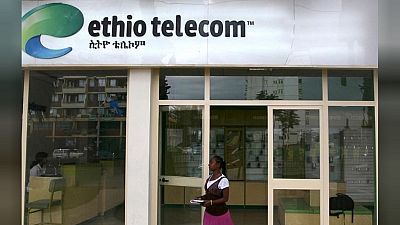 Ethiopia will award two telecoms licences to multinational mobile companies, a senior official said on Friday, in the first detailed announcement of the government’s plans for opening one of the world’s last major closed telecom markets.

The government will also offer a minority stake in Ethio Telecom, the monopoly operator, and foreign firms will be invited to bid.

“We have announced the market structure as ‘two plus one’,” State Minister of Finance Eyob Tekalign Tolina told Reuters by telephone, referring to the two new licences and a 49 percent stake in Ethio Telecom, the monopoly operator.

They got the balance right,. They have decided that two new players plus a state-owned incumbent is sufficient to create a level playing field, a competitive market.

Ethiopia’s telecoms industry is considered the big prize in a push to liberalise the country’s economy launched last year by Prime Minister Abiy Ahmed because of its huge protected market serving a population of around 100 million.

Abiy took office last year and announced a raft of major economic and political reforms. Of all the pledged steps to open up the economy to private investment, Abiy’s government is moving the fastest on the telecoms sector. Officials have told Reuters that this is because the government believes that the sector will spur growth in other parts of the economy.

Ethiopia is also one of the final frontiers globally for multinational telecoms companies. They have been eagerly awaiting the government’s announcement on the market structure since parliament passed a bill last month outlining the scope of a regulator for the sector.

A senior executive at one of the companies interested in entering Ethiopia told Reuters that the market structure announced on Friday is “as expected and very sensible approach”.

The structure is the same as the one Myanmar adopted when it privatised its market in 2013. The government there received more than 20 bids for its two licences.

Vodafone, South African operator MTN, France’s Orange and Etisalat of the United Arab Emirates are likely to be among the leading contenders vying for entry into the Ethiopian market.

Reuters reported last month that the government had decided to issue two new licenses in part because preparing Ethio Telecom for a partial sale is proving a lengthy process. Like most state-owned enterprises, the company is struggling with debt.

Partially privatising the state-owned operator and allowing two foreign operators to enter the market to compete with the incumbent will improve network quality and speed, the finance ministry said in a statement released on Friday. Improved digital infrastructure will also enable job creation for Ethiopia’s youth, the statement read.

Analysts said the market structure showed that the government had done what officials had publicly said they would do: review the experiences of other countries in opening up their telecoms sectors to determine what had worked and what had failed.

“They got the balance right,” said Andrew Kitson, a telecoms analyst at Fitch Solutions in London. “They have decided that two new players plus a state-owned incumbent is sufficient to create a level playing field, a competitive market.”

Other countries on the continent such as Uganda and Ghana have more than five telecoms operators, which analysts said ultimately hurts the consumer as network quality falls over time.

The state minister did not provide a timeline for the bidding process, but he told Reuters last month that the government hoped to open bidding in September.

The government will expect the winning companies to start operations next year, initially using Ethio Telecom’s infrastructure to run their networks, the sources said.

Ethiopia’s population is youthful and growing rapidly. The economy has averaged near-double digit growth annually for more than a decade. Just a third of Ethiopians have mobile phones, according to a 2018 World Bank study.

NAIROBI, July 5 (Reuters) – Ethiopia will award two telcos licences to multinational mobile companies, a senior official said on Friday, in the first detailed formal announcement of the government’s plans for opening one of the world’s last major closed telecom markets.