Zimbabwe coffee back on top 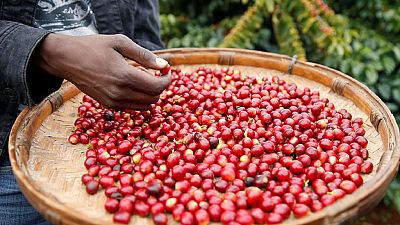 Zimbabwe’s coffee business is finally picking up after years of failing. Foreign companies are making a come back willing to pay premium for the country’s coffee beans.

Companies like Nestle’s Nespresso are now willing to pay 30 to 40 per cent more above international prices.

“The reason for us being in Zimbabwe is the incredible coffee profiles, something that we really want to offer to our consumers. And being here in Zimbabwe is very important for us to work with small holder farmers as well as with the estates,” said Daniel Weston, Nestle Nespresso head of legal and corporate communications.

Zimbabwe's coffee business is finally picking up after years of failing. Foreign companies are making a come back willing to pay premium for the country's coffee beans.

When over 100 white commercial coffee farmers took off during the post colonial reforms in Zimbabwe so did foreign coffee buyers.

The coffee industry fell to less than three percent production and prices plummeted leading many farmers to give up on the cash crop.

David Muganyura is one of 400 small-holder farmers that are returning to grow coffee,encouraged the recent interest in the produce on the global markets and raising interest among coffee connoisseurs.

“Many are already attracted including the sale proceeds that we received. Many are joining, and I expect in 3 years down the line, 4000 farmers will be realized or registered in Honde Valley,” said David Muganyura, coffee farmer.

Zimbabwe was not among the world’s top coffee producers however it was doing great business in the 1990’s with output peaked at around 15,000 tonnes providing a livelihood for more than 20,000 small scale farmers. The prized taste of its Arabica coffee as zesty with fruity tones has created its demand once more.