Madagascar’s President Andry Rajoelina has chartered a special plane for supporters who wish to attend AFCON Round of 16 matches in Egypt on Sunday.

Supporters of Madagascar’s national football team are beaming with smiles.

But b ehind the smiles there is a fee to be paid, 525 euros for the round-trip ticket, which includes meals, water, match ticket and airport transfer.

According to reports, the flight leaves Saturday evening and returns to Madagascar on Monday evening just after the game.

The national team achieved a feat on Sunday by finishing tops in their group and qualifying for the knockout phase.

A spot chalked for the first time in the history of the country.

The president heeded to the voice of the people as several social media messages requested that he should not go to Egypt without supporters.

The Barea’s victory over Nigeria 2-0 on Sunday caused a real euphoria in the country, where the national team’s jerseys are worth 10 euros, an exorbitant price in this very poor country. 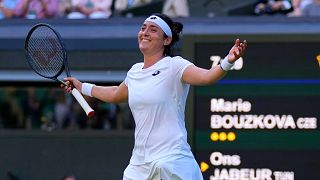