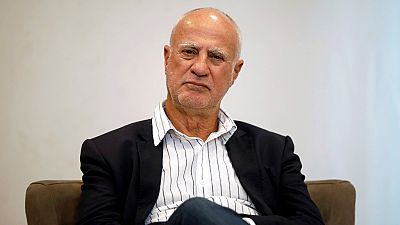 Collymore, the chief executive who helped to turn Safaricom into East Africa’s most profitable company with an $11 billion valuation, died on Monday after a nearly two-year battle with cancer.

“The board is confident that during this transition, Mr. Joseph will provide the necessary guidance and leadership to the company and its employees,” Safaricom said in a statement.

Joseph served as Safaricom’s CEO between July 2000 and November 2010.

Safaricom said Joseph, an electrical engineer, had transformed the telecom from a subscriber base of less than 20,000 to over 16.71 million during his previous tenure as CEO.

In his last full year as CEO Safaricom posted a 37 percent rise in pretax profit.

Joseph also presided over the company during its IPO in 2008 and pioneered Kenya’s successful M-Pesa mobile money transfer system.

At present Safaricom is 35% owned by South Africa’s Vodacom and controls about 62% of Kenya’s mobile market with 30 million subscribers. Vodafone Group has a 5% stake.

Joseph told Reuters he would continue in his role as chairman of Kenya Airways.

He also serves as Vodafone’s director of Mobile Money and a strategic adviser on the boards of Vodacom South Africa, Vodacom Tanzania VODA.TZ and Vodacom Mozambique, information on Safaricom’s website showed.