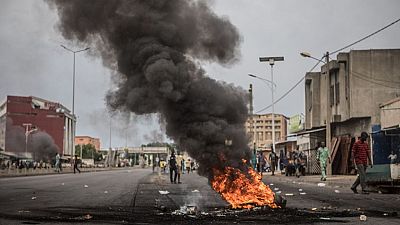 About 30 members of the security forces were wounded in northern Benin, where supporters of the former president set up barricades. The police fired live ammunition, the Interior Minister said Friday night on Saturday.

According to a local witness, residents fled the city to take refuge in nearby villages. Denied reports since then had reported deaths among demonstrators on Thursday, and several people on the ground told AFP that the police had fired live ammunition.

About 30 members of the security forces were wounded in northern Benin, where supporters of the former president and opponent Boni Yayi set up barricades.

“To clear the way, agents were sent. At[the city of] Savè, they were taken away by other small groups who also erected barricades,” Sacca Lafia said.

Violence has resumed since the beginning of the week in this northern region of the country, six weeks after the 28 April parliamentary elections, in which the opposition was unable to participate.

The rivalry between Head of State Patrice Talon and Boni Yayi is longstanding, the former being in opposition when the latter was President from 2006 to 2016. A situation that has now been reversed.

Summoned in early June by a judge to be heard in an undisclosed case, Boni Yayi could not be heard due to health problems, his lawyer said.