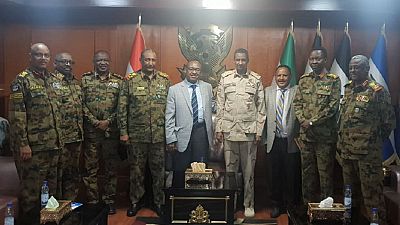 One of the main points of last week’s mediation efforts in Sudan was the visit of Ethiopian Prime Minister Abiy Ahmed to Khartoum where he held talks with the military and protest leaders.

The weekend that followed was a tense one as a civil disobedience kicked off on Sunday. On the third day of the social shutdown, it turns out that Ethiopian mediation had secured two big gains.

A suspension of the civil disobedience – which was planned to be indefinite. And a resumption of talks which have broken down along with the forced dispersal of a sit-in in Khartoum early last week.

Abiy according to Ethiopia’s Foreign Ministry had assigned H.E. Ambassador Mohamoud Dirir as his Special Envoy to shuttle between the two sides to assist the parties to resume their talks in good faith and in the spirit of ironing out the remaining sticking points of previously started discussions and negotiations.

After meetings with the respective sides, the suspension and resumption positions were achieved as at late June 11.

The Points of Agreement include:

Reports indicate that the streets of Sudan’s capital, Khartoum remain largely deserted on Monday, the second day of an indefinite civil disobedience campaign.

Many people heeded the call from protest and opposition groups for civil disobedience and the majority of businesses and offices in the capital, Khartoum are closed despite a few movements unlike on Sunday.

The aim is to force the country’s military leaders to transfer power to a civilian authority. A security operation on Sunday is said to have claimed four lives in and around Khartoum.

Despite the crippling nature of the shutdown, the junta’s spokesperson Gen. Kabbashi is on record as saying all was normal across Sudan.

The state-run television also showed footage suggesting that life was going on as normal in Khartoum but activists pointed out that the said footage was an old one.

“The people cannot be governed by force, and I am not saying this neither as a member of the opposition nor as someone who supports the government, but the people do not want this government, and as you can see the streets are empty, shops are closed. I personally want a civilian government,” an anonymous citizen told Reuters.

The strike is in response to a military crackdown on protesters a week ago which left more than 100 people dead, according to opposition groups. The government has put the death toll at 61.

A civil disobedience called by Sudanese protest leaders has taken off across the country according to reports on early Sunday, June 9.

Multiple neighbourhoods of the capital Khartoum have been deserted with very little sign of social life. The presence of security agents is however pronounced, the reports added.

The Forces for Freedom and Change, FFC, an umbrella body for protest groups called for the civil disobedience following a chaotic last week that saw a Khartoum sit-in violently dispersed by special forces.

The measure has also affected air travel at the country’s main airport with travellers stranded. Emirates Airlines has also announced a suspension of all flights to Khartoum till Monday, June 10 citing political unrest.

Meanwhile, a major FCC player, the Sudanese Professionals Association (SPA) has stressed that it will not return to talks with the ruling junta, the Transitional Military Council (TMC) till its demands are met.

As at today, an internet cut that was imposed mid-week last week continues to be in effect, reports have confirmed. Social media platforms, however, continue to be key in putting out information on ongoings in the country.

A summary of Sudan’s week of deadly chaos and continental concern: 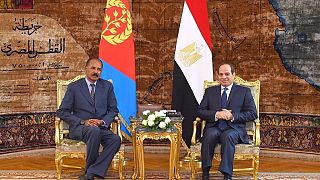 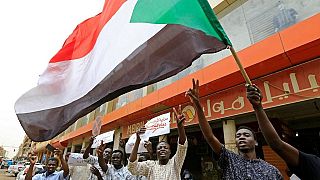