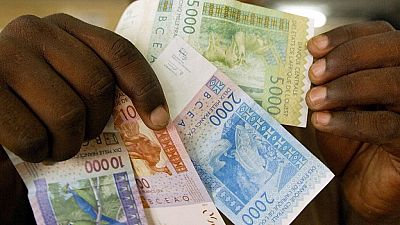 The countries of the Economic and Monetary Community of Central Africa (CEMAC), for several months now have been suffering from a shortage of access to foreign currencies, penalizing households and businesses.

Struck by the fall in oil prices, six countries members of the CFA franc zone are pegged to the euro by a fixed exchange rate.

In Libreville, the sun is barely rising but in front of the closed door of a money transfer agency a file has already formed.

Patrick, in his fifties, kicks his foot, says, “I have been here since 6am to send money to my son who is studying in France, I have been here yesterday … without success.”

“After 08:00, do not expect to send money,” warns the guard at the entrance of another fund transfer agency in Gabon. “And if you travel to Europe and want to buy the euro, it’s the same thing, you have to get up at dawn.”

“Since the middle of 2018, we have difficulties to obtain foreign currency and in recent months the situation is going from bad to worse,” said Deputy Secretary General of the Group of Employers of Cameroon (Gicam), Vincent Kouete.

According to a survey conducted in the first quarter of 2019, 71% of Gicam’s businesses consider this difficulty of access to foreign currencies to be a major concern.

In the past, to obtain foreign currency from their banks, “companies had to count between two and three days, today there is a month and a half of waiting!”, Mourns Mr. Kouete. The costs have also jumped. Previously “0.1% to 0.3% bank charges are now around 7 to 10%”.

Importers, who are finding it increasingly difficult to pay their foreign suppliers on time, “are forced to revise their prices upward in hopes of maintaining their margins,” says the manager.

In 2014, the fall in oil prices, the main provider of currency in the area, plunged the states of Cemac into a deep crisis.

Foreign exchange reserves held by the Bank of Central African States (BEAC), which serve in particular to guarantee the CFA-euro franc bond, have collapsed, leaving the specter of a devaluation.
And, according to the economist Ndongo Samba Sylla, co-author of the book “The invisible weapon of Françafrique, a history of the CFA franc”, Paris, instead of “playing its role of insurer, pushed the States of the Cemac to go through the box IMF “.

In 2017, the International Monetary Fund concluded reform assistance programs with four of the six countries in the zone (Gabon, Chad, Cameroon and Central Africa).

The funds released by the IMF, and the rise in oil prices from 2017, were intended to reinflate foreign exchange reserves. But “these are not reconstituted as quickly as hoped,” observes Ruben Nizard, specialist sub-Saharan Africa Coface insurer.

However, fixed parity with the euro is statutorily guaranteed by deposits of foreign exchange reserves of the member countries, so “the zone is obliged to adopt restrictive monetary measures”, analyzes Mr. Sylla.

To cope with and increase the level of reserves, “the BEAC hardened the conditions for obtaining foreign currency for banks”, refusing the demands “so that our customers can pay their foreign suppliers”, assures the head of a bank from Gabon to AFP, confirming information from local media.

On the contrary, the institution points to the responsibility of commercial banks, which would hold foreign currencies abroad but “would also seek the assistance of the Central Bank”.

A behavior, admittedly forbidden, but largely tolerated until then. “With the crisis, we applied more strictly the exchange regulations, which was not always rigorously,” says a BEAC analyst, on condition of anonymity.

But banks are not alone. “It is also the States but especially the exporting companies and especially mining that do not repatriate as they should the currencies from the Central Bank,” says another official at the BEAC.

Restrictive monetary policy or behavior of economic actors, “in the meantime, it is the people who pay,” denounced Mr. Sylla.