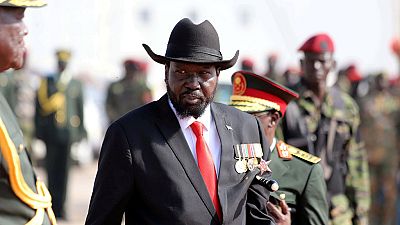 South Sudan has signed a contract with a U.S. lobbying firm, after cancelling an earlier deal with the same company that drew criticism from rights groups over its aims, documents showed.

Lobbying including trying to lift U.S. sanctions and avoid the establishment of a court to try war crimes was part of the brief in the original $3.7 million, two-year contract the government signed with California-based Gainful Solutions on April 2 .

The new document was signed on May 3 and published on the U.S. Justice Department website. It did not specify a fee.

Its stated aims are to improve economic and political relations between Juba and Washington, but regional observers were sceptical that the essence of the contract had changed.

“The rewording seems to be a response to the negative publicity that both the South Sudanese government and those associated with Gainful Solutions received, but not a rejection of the lobbying efforts.”

South Sudan broke away from Sudan in 2011 and collapsed into ethnically-charged civil war two years later, pitching fighters loyal to President Salva Kiir against those of his former deputy Riek Machar.

Rights groups accused the government of paying to avoid justice. The new contract was “a slap in the face to victims of the horrific crimes that have been committed in South Sudan,”

The government did not respond to requests for comment on the old contract or the new one.

Gainful Solutions, which lists former U.S. ambassador Michael Ranneberger as a partner, said “the scope of work and priorities” of the government were not being accurately addressed in the original contract.

Washington has slapped sanctions on individual South Sudanese military and political figures, and imposed an arms embargo in January.

The U.S. Justice Department requires lobbyists acting in the United States on behalf of foreign agents to register the relationship.