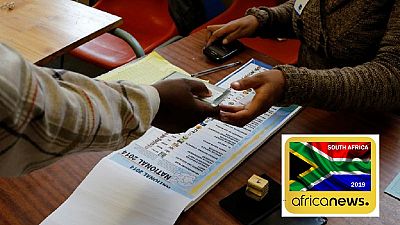 South African voters will go to the polls to elect a president but in an indirect process that involves voting for members of the legislature instead. The party with majority in the parliament deploys one of their own to become president.

The elections of May 8 will usher in the fourth president of the country since the end of apartheid in 1994. South Africa’s three elected presidents since 1994 are Nelson Mandela, Thabo Mbeki and Jacob Zuma.

Voters vote for a political party, not individuals. The political party then gets a share of seats in Parliament in direct proportion to the number of votes it got in the election.

Each party then decides on members to fill the seats it has won. This is called a proportional representation (PR) voting system. South Africa operates a parliamentary system of government; the National Assembly consists of 400 members.

Some top facts around the May 8 vote

As expected, Mandela led the ruling African National Congress, ANC, to a popular electoral victory in the first democratic polls in 1994.

The party maintained its electoral lead securing reelection in 1999 and 2004 with Thabo Mbeki as president and also in 2009 and 2014 with Jacob Zuma as president. Zuma resigned in February 2018 which event brought his then deputy president and now incumbent Cyril Ramaphosa into office.

Ramaphosa had in December 2017 been elected leader of the ANC in a hotly contested poll in which Zuma favoured former African Union Commission chair, Nkosazana Dlamini-Zuma. In order to ensure the leader of the party and government was synchronized, Zuma was forced to quit.

Ramaphosa will come up against two main opposition parties, the Democratic Alliance, DA, on one hand and the Economic Freedom Fighters, EFF, on the other hand.

The two parties represent the most vibrant opposition parties in parliament and on the campaign trail. DA leader Mmusi Maimane is looking to build on the party’s gains in the last local elections in 2016.

Whiles the EFF which is a breakaway faction of the ANC is upbeat about its chances of upsetting the odds. The party is led by Julius Malema, a former youth leader of the ANC who was sacked from the party during the Jacob Zuma era.

Analysts have projected that Mandela’s party will retain their majority in the elections whiles the opposition are likely to make gains.