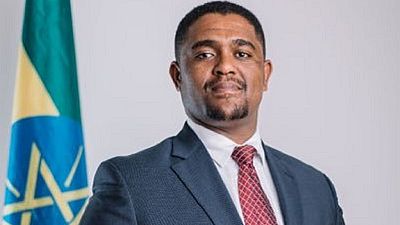 Ethiopia’s largest and most populous region, Oromia, has a new president in the person of Shimelis Abdissa, a former Chief of Staff of Prime Minister Abiy Ahmed.

The position of regional president became vacant in the wake of the appointment of immediate past president Lemma Megerssa as Defense Minister.

The regional parliament in an emergency sitting on Thursday approved Abdissa’s appointment hours after the federal parliament had approved Megerssa and two other appointees in Prime Minister Abiy’s cabinet tweak.

The privately-owned Addis Standard reports that Abdissa previously held positions within the region before his appointment as Abiy’s Chief of Staff last year.

Update: Shimelis Abdissa has just been sworn in as the incoming Pres. of #Oromia regional state. Among previous profiles he held include, Deputy head of Construction Bureau & Head of Urban Housing Development Bureau of Oromia regional state, a position he held before becoming CoS pic.twitter.com/fox6nRu40t

He is the second Chief of Staff Abiy is losing in a little over a year. His first appointee to the post, Fitsum Aregaa, is currently the Ethiopian ambassador to the United States.

Abiy’s cabinet tweak came in the wake of a vacancy at the Foreign Affairs ministry after Workneh Gebeyehu got a United Nations appointment. He has since been replaced by Gedu Andargechew – a former Amhara regional president.