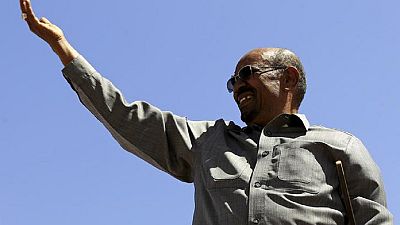 President Omar al-Bashir, who ruled Sudan with an iron fist for 30 years, was on Thursday overthrown in a coup by the armed forces which announced a two-year period of military rule to be followed by elections.

In an address on state television, Defence Minister Awad Mohamed Ahmed Ibn Auf said Bashir, 75, was under arrest in a “safe place” and a military council was now running the country.

During his 30-year rule, Bashir was a master at playing rival factions among security services, the military, Islamists and armed tribes off against each other. But he underestimated the anger of young Sudanese men and women demanding an end to economic hardships.

Bashir ultimately faced almost daily defiance in towns and cities across Sudan despite a crackdown by security forces using teargas and sometimes live ammunition, in which dozens of people have been killed.

In this article, we look at key highlights and dates of Bashir’s reign since he came to power three decades ago.

A leadership power struggle erupts in 1999 and Bashir forces Turabi from the ruling circle.

In 2003, a rebellion erupts in the vast western region of Darfur, which complains of economic and political marginalisation.

The conflict kills 300,000 people and displaces nearly 2.5 million, according to UN figures, before largely diminishing.

The International Criminal Court in 2009 indicts Bashir for war crimes and crimes against humanity in Darfur, and a year later for genocide. Bashir denies the charges.

The agreement schedules a referendum on independence for 2011.

In 2010, Bashir is elected in the first multiparty election since 1986, but voting is boycotted by the opposition and criticised abroad.

In early 2012, fighting breaks out along the border between Sudan and South Sudan over oil fields in an area claimed by both.

South Sudan shuts off oil production for more than a year, hitting the economies of both countries.

Demonstrations turn into anti-government protests and the security forces respond with force. Amnesty International says more than 200 people were shot dead, while the government puts the toll at dozens.

Darfur holds a referendum in April 2016 on whether to unify its five states, a long-standing demand of rebels seeking greater autonomy.

The poll is boycotted by the opposition and criticised internationally, with the result backing the division of the region.

In August, negotiations fail between the regime and rebels on a cessation of hostilities in Darfur, Blue Nile and South Kordofan.

In October 2017, the United States ends its 20-year-old trade embargo against Sudan, imposed over alleged support for Islamist militant groups.

But Washington does not drop Sudan from its blacklist of “state sponsors of terrorism”.

In early 2018, demonstrations erupt over soaring food prices, notably of bread. They are swiftly dispersed and opposition leaders and activists rounded up.

In August, the ruling party nominates Bashir as its candidate for the 2020 presidential election, despite the constitution having a two-term limit.

On December 19, protests begin in several towns after the government triples the price of bread, soon turning into rolling nationwide anti-government rallies.

The demonstrations continue into 2019, with some political groups calling for a “new regime”.

Authorities are accused of a harsh crackdown, including using live ammunition, with Human Rights Watch saying at least 51 people have been killed since the start, although the official toll is around 31.

A top US official warns that talks to remove Sudan from its list of state sponsors of terrorism could be detailed unless the authorities rein in their crackdown on protesters.

Having withered several storms including armed rebellions, economic crises and attempts by the West to make him a pariah, Bashir was forced to step down by the military on Thursday after popular protests.

The minister of production and economic resources in North Darfur, Adel Mahjoub Hussein, told the Dubai-based al-Hadath TV that “there are consultations to form a military council to take over power after President Bashir stepped down”.

Tens of thousands of people danced and chanted anti-Bashir slogans in the streets of Khartoum.

Bashir was born on Jan. 1, 1944 to a poor farming family in Hosh Bannaga, a small village consisting mainly of mud houses and dusty streets on the eastern bank of the Nile River, some 150 km (93 miles) north of the capital Khartoum.

He has often played up his humble beginnings. In January, he repeated a story he told in 2013 of how he broke a tooth while carrying concrete at a construction site where he worked as a student to pay for his education.