Indonesia to send investigators to Ethiopia to aid crash inquests 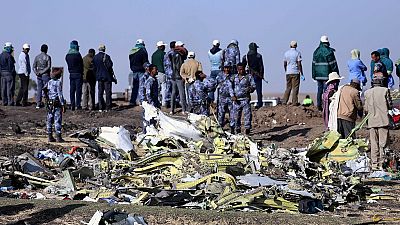 Indonesia will send two investigators to Ethiopia to assist in a probe and exchange data on two fatal crashes of Boeing 737 MAX jets since October, the head of the country’s air safety agency told Reuters on Friday.

Boeing’s top-selling airplane has been grounded worldwide since a March 10 disaster in Ethiopia killed 157 people, five months after a Lion Air 737 MAX crashed in Indonesia, killing 189 people on board.

We have already observed some similarities...but we cannot determine them exactly until after our investigators go to Ethiopia when we will conduct a joint investigation.

“They will help in assisting Ethiopia. We will study the data to assess whether there are similarities or whether there is any new information from the accident,” Tjahjono said by telephone.

A preliminary report on the Ethiopian Airlines’ crash showed on Thursday that the doomed jet travelled at an excessive speed and was forced downwards by a wrongly-triggered automation system as pilots wrestled to regain control.

Tjahjono said it was too early to draw any conclusions from the Ethiopian report or determine any links between the crashes because it contained factual data without analysis.

“We have already observed some similarities…but we cannot determine them exactly until after our investigators go to Ethiopia when we will conduct a joint investigation,” he said.

The two Indonesian investigators would sign an agreement on their role under an International Civil Aviation Organisation (ICAO) protocol, he said.

A preliminary report into the crash of the Lion Air 737 MAX in Indonesia suggested pilots lost control after grappling with the MCAS software, a new automated anti-stall feature that repeatedly lowered the nose based on a faulty sensor data.