A tail part found in the wreckage of the crashed Ethiopian Airlines Boeing 737 Max. The horizontal stabilizer is reportedly set in an unusual position.

And this sources have told Reuters is similar to the one seen in the wreckage of an Indonesian Max 8 which crashed last year. The position of the stabilizer could help determine whether the plane was set nose down for a steep dive.

All Boeing Max jets have been grounded worldwide due to similarities between both crashes. Problems with the plane’s software suspected in the Indonesian incident.

Lawmakers told us today that it would not be on all planes at least until the end of April, potentially longer.

Before the jets are allowed back in the air, Boeing and U.S. regulators will have to agree a fix. But Reuters Washington correspondent, David Shepardson says this is just the first step.

“Then it has to be tested, approved and then training procedures have to be rolled out and it has to be actually implemented across the fleet. So in a minimum, just finalizing the software upgrade will take weeks. Lawmakers told us today that it would not be on all planes at least until the end of April, potentially longer. Yesterday the FAA Administrator said the software upgrade could take a couple of months”, he said.

And that’s only if the investigation doesn’t turn up any more problems. Black boxes from Ethiopian are now being analysed in France. Preliminary conclusions are expected in a few days.

But in the meantime, Boeing will keep making it best seller, but deliveries to airlines are suspended. Analysts estimates that could cost the company up to $2.5 billion a month in delayed payments. This does not include any reimbursement to airlines for flight disruptions.

Meanwhile, grieving families of the dead stormed out of a meeting with Ethiopian Airlines on Thursday, decrying a lack of transparency, while others made the painful trip to the crash scene. 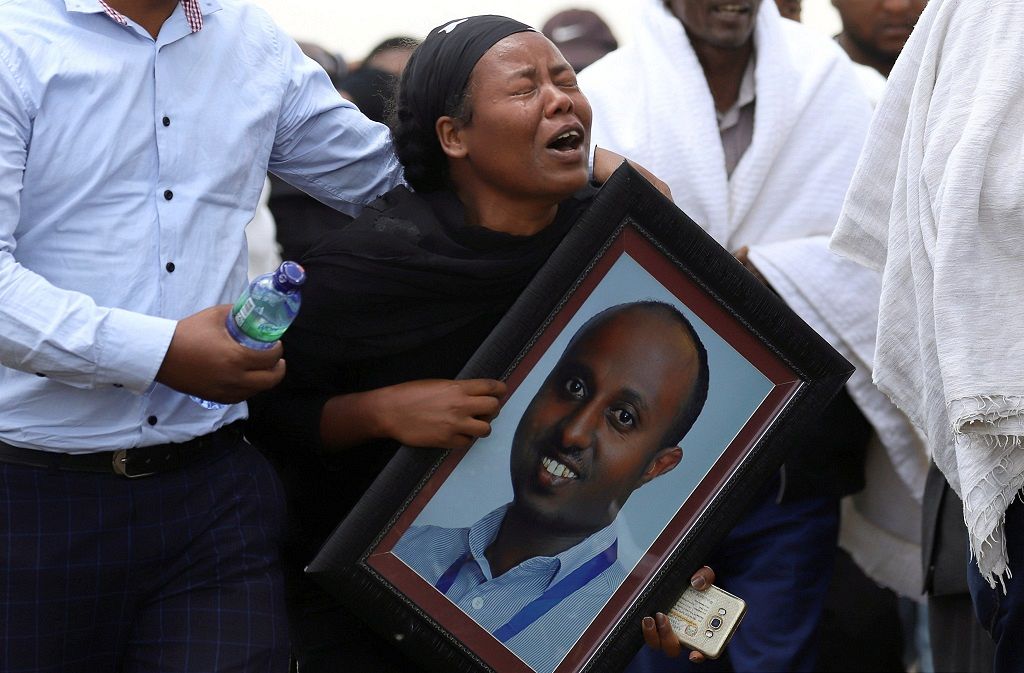