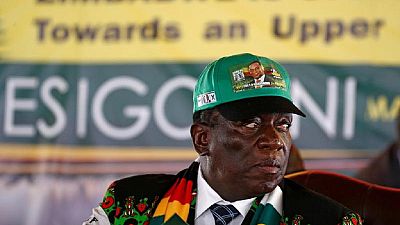 The government of Zimbabwe under President Emmerson Mnangagwa has failed to bring about political and economic changes needed to improve the country’s reputation, the State Department said on Thursday.

The comments relate to President Donald Trump’s decision this week to extend by one year U.S. sanctions that target more than 100 entities and individuals in Zimbabwe, including Mnangagwa.

“We believe that President Emmerson Mnangagwa has yet to implement the political and economic overhaul required to improve the country’s reputation with the community of nations, and with the United States,” State Department spokesman Robert Palladino told reporters.

The actions of the targeted individuals continue to undermine Zimbabwe’s democratic processes.

“The actions of the targeted individuals continue to undermine Zimbabwe’s democratic processes,” he said, adding that there were ongoing concerns in the United States over human rights abuses in Zimbabwe.

Mnangagwa has called for U.S. sanctions to be lifted against the ZANU-PF ruling party, top military figures and some government-owned firms. The sanctions were imposed during long-time rule of former president Robert Mugabe.