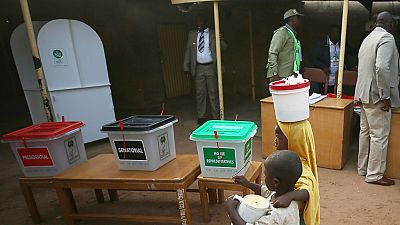 A tribunal on Wednesday ordered Nigeria’s electoral body to allow the main opposition to inspect materials used in last month’s poll which President Muhammadu Buhari won after allegations of fraud by the rival party.

After the election result was announced, Atiku, 72, rejected the outcome, pointing out one obvious red flag: States in the northeast ravaged by insurgents’ attacks generated much higher voter turnouts than peaceful states.

Atiku said he would go to court to contest the results due to a litany of “premeditated malpractices”.

The PDP then asked to inspect voter registers, card reader machines, ballot papers and other documents used for the Feb. 23 vote. On Wednesday, a, three-man panel granted the request.

The PDP filed a motion to compel the Independent National Electoral Commission (INEC) to allow the inspection.

“(INEC must) allow the applicant and all their representatives to inspect polling documents … used in the just-concluded presidential election to enable the applicants to institute and maintain an election petition,” the judge said.

Islamic militants have carried out a number of attacks especially on military bases in northeast Nigeria in the last few months which made security a key issue in the just-completed polls.

A spokesman for the ruling All Progressives Congress presidential campaign dismissed Atiku’s claim and said the polls were free and fair.

“We are very anxious to meet Alhaji Atiku Abubakar in court in order to show the world in a conclusive manner the free and fair nature of the comprehensive defeat of Atiku at the polls,” he said.