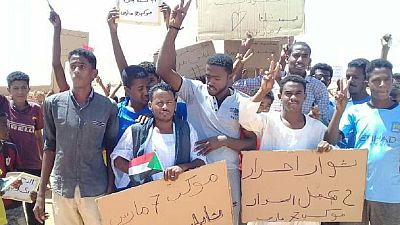 The Sudanese Professional Association, SPA, have announced the latest protest action it says is in honour of women for their participation in the ongoing ‘uprising.’

The March 7 rallies are a ‘tribute to the women movements’ and are billed to happen at a number of rallying points across the country.

SPA, on Wednesday (March 6) published points from which the protests are to be started. This is the first protest recognizing the role of women in what has been dubbed – the Sudan uprising.

The group called a March 5 nationwide sit-down strike which it said was a success having been observed widely across the country.

SPA is behind the calls for protests since December 2018. They have spearheaded protest action across the country, most of which has been heavily cracked down upon by the security forces.

What started as economic grievances morphed into calls for long serving President Omar Al-Bashir to leave office. In February this year Bashir declared a state of emergency as part of plans to quell the protests.

The measure led to the dissolution and reconstituting of government plus the deployment of the army and the replacement of provincial governors by military generals – these measures have done very little to achieve the aim of the state of emergency.

Hundreds have reportedly been arrested with about sixty jailed for their roles in the protests earlier this week. Bashir has stressed that the only exit route for him will be via the polls. He has stepped down from his position as head of the ruling party with polls slated for 2020.