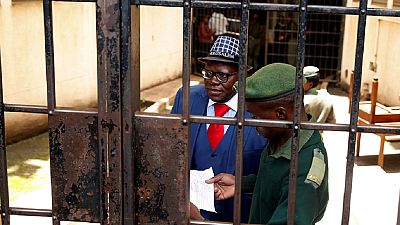 Zimbabwe’s former finance minister and senior opposition politician Tendai Biti was on Monday convicted and fined $200 for unlawfully and falsely announcing the results of last year’s presidential election that was won by Emmerson Mnangagwa.

The MDC and Chamisa continue to dispute Mnangagwa’s victory, which was also upheld by the country’s top court, and say Zimbabwe’s political and economic problems will not be fixed until the president’s legitimacy is resolved.

I am absolutely innocent and we will be appealing that decision. It’s unacceptable what is happening, we will keep on fighting.

Magistrate Gloria Takundwa said state prosecutors had proved the case against Biti, whom she said would be jailed for six months if he commits a similar offence in the next five years.

Biti’s lawyer Alec Muchadema, who paid the $200 fine, said he would appeal against the conviction and sentence.

“I am absolutely innocent and we will be appealing that decision. It’s unacceptable what is happening, we will keep on fighting,” Biti told reporters outside the courthouse.

Chamisa said Biti was being persecuted for telling the truth and that the former finance minister was one of many MDC leaders being targeted by Mnangagwa’s government in a bid to cripple the opposition. The government has denied the charge.