Expelled from Israel, stranded in Ethiopia: Headache of Niger man 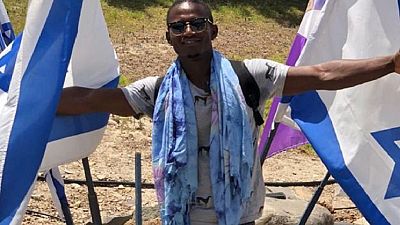 A young Niger national is caught in the middle of a second country that is not his homeland. First deported from Israel and as at Sunday, February 17, stranded in the Ethiopian capital, Addis Ababa.

This is the story of 24-year-old Eissa Muhamad. “I have been staying here at the airport under very bad conditions because there is nothing, nothing at all,” he told the BBC reporter.

He has been locked up at the Bole International Airport in Addis Ababa since November last year after he was twice rejected entry into his home country.

Eissa in 2011 left Niger as a 16-year-old in search of greener pastures. He paid human traffickers who helped him through Libya and Egypt. Front Egypt, his journey into Israel was by foot.

For the about seven years that he lived illegally in Israel, he did menial jobs and worked in a sweet factory for survival. Much like what most undocumented migrants did in Israel to survive despite threat of deportation.

April 2018 kicked off his unending forced journey back home. After his arrest, Israel put him on an Ethiopian Airlines flight bound for Niger via Ethiopia.

Niger refused its citizen entry into the country with the reason that his documents were forged. After a week in detention, Niger deported him back to Israel. More weeks in detention in Israel and he was forced back on a flight to return home.

“They tied my hands and legs and forced me into a plane back to Niger which refused to accept me again,” the 24-year-old added.

How he got stuck in Addis Ababa: His travel document issued by Israel expired whiles he was on transit in Addis Ababa – Niger had refused him for a second time and he was on his third trip to Israel.

How he survives at Bole airport: He relies mainly on food handouts from people in the airport lounges and from airline companies.

“Sometimes the airline people give me food. It’s the same every day but I am grateful to them,” he said. He has a corner in the facility where he has his luggage and a prayer mat.

Israel meanwhiles defends its decision to deport him and to not accept him back under any circumstance.

Israel also rejects claims that the laissez passer – temporary travel document – issued was fake, the reason for which Niger refused to accept him twice. Niger has yet to respond to demands for information.

Israel backs down on deportation of Africans

The Israeli government in April 2018 said was abandoning a plan to forcibly deport African migrants who entered the country illegally.

The government had months before been working on an arrangement to expel thousands of mostly Eritrean and Sudanese men who crossed into Israel through Egypt’s Sinai desert.

“At this stage, the possibility of carrying out an unwilling deportation to a third country is not on the agenda,” the government wrote in a response to the court.

The migrants, it said, will again be able to renew residency permits every 60 days, as they were before the deportation push.

The migrants and rights groups say they are seeking asylum and are fleeing war and persecution. The government says they are job seekers and that it has every right to protect its borders.

Around 4,000 migrants have left Israel for Rwanda and Uganda since 2013 under a voluntary programme, but Prime Minister Benjamin Netanyahu has come under pressure from his right-wing voter base to expel thousands more.

After leaving a U.N.-backed relocation plan a few weeks ago, Israel shifted efforts towards finalising an arrangement to send the migrants against their will to Uganda. A number of migrant rights groups petitioned the Supreme Court to block any such policy