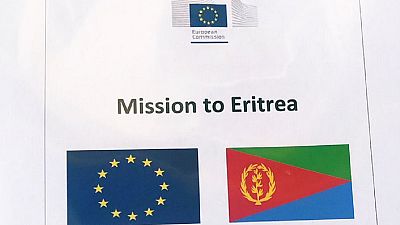 The European Union, EU, is formally seeking to revive its cooperation with Eritrea as a top official heads to the capital, Asmara.

Neven Mimica, EU Commissioner for International Cooperation who is on a Mission to Eritrea had on Thursday met and had talks with Ethiopian Prime Minister Abiy Ahmed in Addis Ababa.

He reiterated that following the Eritrea-Ethiopia peace agreement which was an historic milestone, the EU was keen to support both countries.

Mimica and his delegation are expected to meet with president Isaias Afwerki and other top government officials during his visit.

Whiles meeting with Abiy, Mimica stressed that there was a full convergence of views between the PM and the Africa Europe Alliance for Sustainable Investment and Jobs.

Starting my visit to #Ethiopia with a meeting with PMEthiopia Abiy. Full convergence of views between his priorities and the #AfricaEuropeAlliance for Sustainable Investment and Jobs. #Jobs, #youth, #investments, #connecticity, #integration, #trade. ?? ?? #AUEU #AUSummit pic.twitter.com/rueL92UkSj

Koen Vervaeke, the Managing Director for Africa at the European Union’s External Action Service, EEAS, met with Ghebreab with a special focus on supporting the July 2018 peace deal reached between Eritrea and Ethiopia.