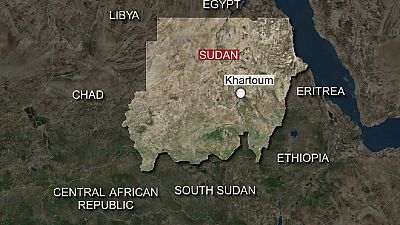 Sudan’s President Omar al-Bashir, apparently searching for regional friends amid weeks of protests against his 30-year rule, announced on Thursday he was reopening the border with neighbouring Eritrea, shut for a year.

Sudanese security forces used tear gas to disperse protests in the capital Khartoum and elsewhere on Thursday, witnesses said. A police spokesman said some “illegal gatherings” were recorded, but the country was generally quiet.

Dozens of people have been killed in more than six weeks of protests, which began over rising prices and have swelled into the most sustained street opposition Bashir has faced in power.

I announce here, from Kassala, that we are opening the border with Eritrea because they are our brothers and our people. Politics will not divide us.

Addressing a crowd of supporters during a visit to the Kassala provincial capital near the border with Eritrea, Bashir said he was reaching out to Eritreans he called “brothers”.

“I announce here, from Kassala, that we are opening the border with Eritrea because they are our brothers and our people. Politics will not divide us,” he added.

Sudan closed the border in early January, 2018, after Bashir announced a six-month state of emergency in the regions of Kassala and North Kurdufan to help combat arms and food trafficking.

Bashir has visited Qatar and Egypt since the protests began, while the United Arab Emirates, Saudi Arabia and Kuwait have expressed support for the veteran leader.

As Bashir spoke, fresh demonstrations erupted in various parts of Khartoum and Omdurman, the half of the capital on the opposite bank of the Nile, as well as in towns in Jazeera State to the south amid high security.

Protesters heeded calls issued on Wednesday by a civic group that had organised previous demonstrations.

Demonstrators also blocked Omdurman’s nain al-Arbaeen Street and some side roads with stones, as some 40 police vehicles were deployed in the area. Witnesses said the demonstrators clashed with police who used tear gas to disperse them.

In Wad Madani, the provincial capital of Jazeera state, hundreds chanted: “Down and that’s it” and “peaceful, peaceful against the thieves”.

Witnesses said police initially refrained from coming into contact with the demonstrators in Wad Madani, but subsequently resorted to tear gas to disperse them.

Police spokesman General Hashem Ali said that protests were recorded in parts of Khartoum and other states.

“Police records showed no damage to private or public property while there were some injuries among police and demonstrators, due to stones or tear gas, who were evacuated to hospitals for treatment,” Ali said in a statement.

Defying demands to step down, Bashir told supporters in Kassala: “Changing the government and changing the president will not be through WhatsApp nor Facebook, but will be through the ballot box.”