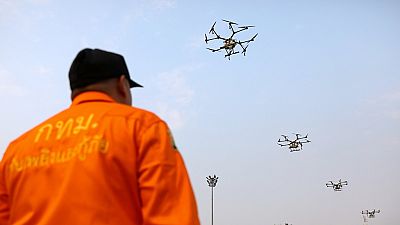 Thai officials deployed drones in desperate attempts to battle air pollution. Local media say, Bangkok hopes to release 50 drones, each carrying up to 10 litres to spray water into the air with the hope to alleviate the hazardous air pollution in the Thai capital.

“We are doing this because we think it will get better. If we do nothing, we’ll be criticized for doing nothing”, said Bangkok Governor, Aswin Kwanmuang.

Earlier, authorities closed down schools due to the choking air pollution in Bangkok for the rest of the week while people celebrating Lunar New Year holidays were urged to restrain the use of incense and fireworks.

We are doing this because we think it will get better. If we do nothing, we'll be criticized for doing nothing.

“I can’t breathe well. My eyes will get infected and my skin is allergic to pollution”, said student Rachata Anukoonwittaya.

Some parents expressed concerns for the children during the examination period.

“I don’t want school to be closed because it is getting close to the final exams, but I’m worried about my kid’s health”, said parent of a student, Paitoon Kitjak.

Air pollution in Bangkok is hovering at unhealthy levels as the amount of dust particles known as PM 2.5 exceeded the safe level in 41 areas across the capital, according to the Department of Pollution Control.

So far, measures taken by the government including seeding rain clouds, regulating truck traffic and hosing down streets have failed. 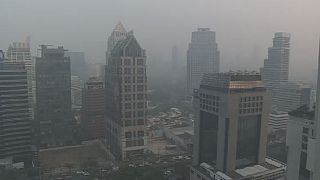 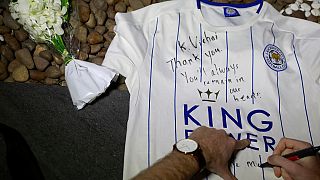