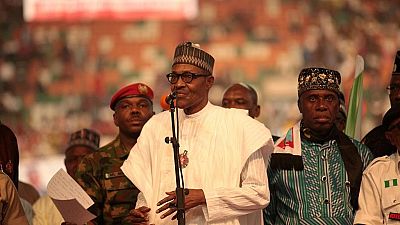 Nigeria’s regulatory body for judges met in emergency session on Tuesday after a fierce row erupted over President Muhammadu Buhari’s suspension of the country’s top judge.

Chief justice Walter Onnoghen was suspended on Friday after being charged with failing to declare foreign currency bank accounts, in breach of rules governing public officials.

The National Judicial Council, NJC has issued a seven-day ultimatum to the suspended Chief Justice... https://t.co/CXhqjzi3aG

His removal and replacement has sparked claims Buhari acted against the constitution and was seeking to manipulate the judiciary, just weeks away from presidential elections.

The February 16 polls are expected to be close, while there have been predictions of voter fraud.

Disciplinary proceedings against judges are normally handled by the National Judicial Council (NJC), while the removal of the chief justice has to have parliamentary approval.

The NJC said in a statement it had received four complaints – one against Onnoghen and two against his replacement, acting chief justice Ibrahim Tanko Muhammad.

The Centre for International and Strategy Studies (CISS) has condemned the calls for the reinstatement of Walter Onnoghen as the Chief Justice of Nigeria (CJN).

Onnoghen was suspended by President Muhammadu Buhari on a directive by the Code of Conduct Tribunal (CCT), before… pic.twitter.com/8DzF2UhA9L

The fourth complaint was about the chairman of the Code of Conduct Tribunal, Danladi Yakubu Umar, who is due to hear Onnoghen’s case.

The petition against Onnoghen concerns his alleged non-declaration of assets, a source at the council told AFP on condition of anonymity.

Tanko is accused of accepting his appointment without following procedures, while Umar is accused of ignoring a Court of Appeal ruling to halt proceedings, he added.

US, UK, & EU should not interfere in our internal democracy? We enjoy and live with their culture, life style, political structure and systems. Political class send all their children include acting CJN, Tanko Ibrahim Muhammad, suspended Chief Justice of Nigeria, Onnoghen, etc

“In view of the gravity of the matters involved, the Council abridged the usual response period from 14 to seven working days for the justices to respond,” said NJC spokesman Soji Oye.

The Nigerian Bar Association called Buhari’s move an “attempted coup against the judiciary” and ordered its members to boycott courts for two days in protest.

Onnoghen Drags FG To Court To Challenge His Suspension Suspended Chief Justice of Nigeria, Justice Walter Onnoghen has dragged the federal government to court to challenge his… https://t.co/YKHdAcwz2f pic.twitter.com/lSoaMl7hJm