South Africa's Absa CEO to retire at end of February 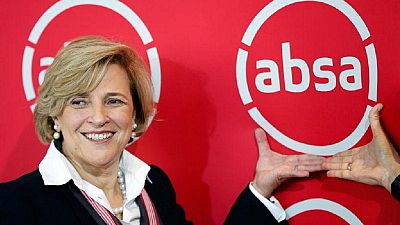 South African lender Absa said on Tuesday its CEO Maria Ramos would retire at the end of February after ten years at the helm, sending the bank’s shares higher as traders saw this as a chance for a fresh start.

René van Wyk will become interim chief executive with effect from March until a permanent appointment is made, the lender said in a statement.

Absa, currently South Africa’s third biggest lender, has been trying to carve out a name for itself as a stand-alone African bank after separating from its parent, Britain’s Barclays, in 2017.

Ramos steps down after completing that separation and the relaunch of the brand.

“With the separation on track and our new strategy as a standalone financial institution in place, Maria feels that this is the right time to retire,” Absa said.

The bank said Ramos had indicated a desire to step down earlier, but agreed to see the group through the separation negotiations with Barclays.

Shares in Absa rose more than 3 percent in early trade.

“The fact that she is packing it in … the market sees it as an opportunity for Absa to grow again,” said Ryan Woods, a trader at Independent Securities.

Nilan Morar, head of trading at Global Trader, concurred: “Making way for fresh blood and new ideas would not typically be a bad thing after a period that is that long.”