Ethiopia's PM hailed by Foreign Policy as a Global Thinker 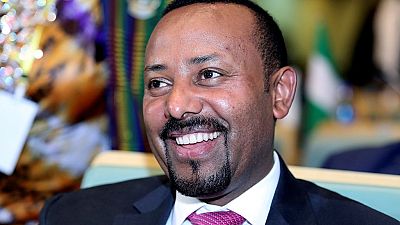 Ethiopia’s reformist prime minister, Abiy Ahmed has been hailed by the renown Foreign Policy magazine as one of the Global Thinkers that emerged over the past 12 months.

Abiy, who took office in April last year, has implemented several reforms across the political, economic, diplomatic and social spheres.

Over the last nine months, the 42-year-old premier has ended a decades old conflict with neighbouring Eritrea, opened up the political and democratic space and pledged to liberalise the previously state controlled economy.

What FP said about Abiy

In less than a year in office, Abiy Ahmed has already made history in Ethiopia by forging peace with its neighbor Eritrea. The move reunited families and reopened long-dormant trade networks.

Now Abiy is focused on healing Ethiopia’s own divisions, and his status as the country’s first leader from the restive Oromia region has given many of his constituents hope that he’ll succeed.

2019 marks the 10th anniversary of the special edition, FP thus split the list into 10 categories of 10.

‘‘The idea is not to honor do-gooders (though we feature plenty of them) but to shine a spotlight on some of the most influential people in the world – for better or worse.’‘

Abiy was named in the Defense and Security category, along with Ursula von der Leyen, the defense minister of Germany, Sheikh Hasina, the prime minister of Bangladesh among others.

The other categories include 40 & under, Energy and Climate, Technology, Economics and Business, Science and Health, Activism and the Arts, and the Readers’ Choice among others.

Uganda’s opposition legislator Bobi Wine was named in the Activism category, while Ghana’s globally celebrated icon Kofi Annan was included in The Departed category, featuring prominent people who died in 2018.

READ MORE: FP’s Global Thinkers of the past decade