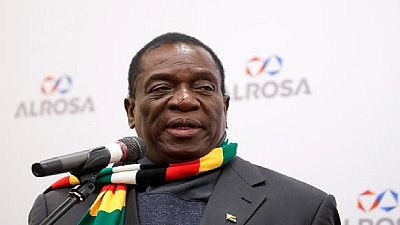 Zimbabwe president Emmerson Mnangagwa has spoken for the first time after his forced return to the country in the wake of violent protests through last week.

The president in his first remarks since aborting his participation at the World Economic Forum in Davos, Switzerland; stressed the need for people to be law abiding whiles exercising their rights to protest.

He also pledged that a thorough probe was set to be held into overuse of force by security agencies. He pledged a probe and sanctions on persons found culpable.

Chaos and insubordination will not be tolerated. Misconduct will be investigated. If required, heads will roll.

Below are his full comments as posted on his Twitter handle:

One week ago, I announced measures to stabilise our nation’s crucial fuel supply. I was aware that these measures may not be popular, and this was not a decision we took lightly. But it was the right thing to do.

What followed was regrettable and tragic. Everyone has the right to protest, but this was not a peaceful protest. Wanton violence and cynical destruction; looting police stations, stealing guns and uniforms; incitement and threats of violence. This is not the Zimbabwean way.

Likewise, violence or misconduct by our security forces is unacceptable and a betrayal of the new Zimbabwe. Chaos and insubordination will not be tolerated. Misconduct will be investigated. If required, heads will roll.

I invite leaders of all political parties as well as religious and civil leaders to set aside our differences and come together. What unites us is stronger than what could ever divide us. Let’s begin a national dialogue. Let’s put the economy first. Let’s put the people first. 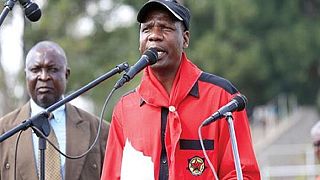